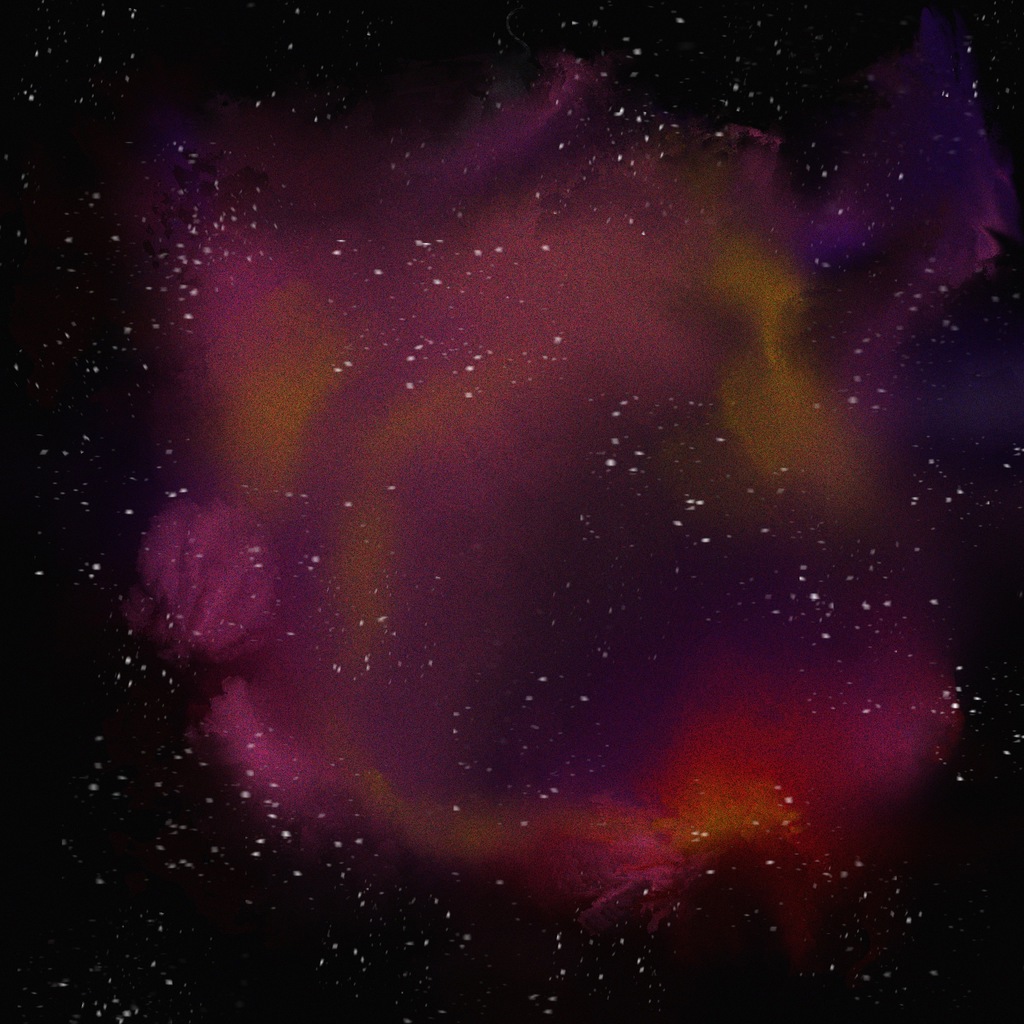 I was perusing APOD, and there were some dandy images of nebulae. I picked this one as inspiration, and came up with this:

Procreate on the iPad. I played a bit with liquify, but finally ended up using the oriental brush and smudging. The stars are on a separate layer, using the “driven snow” element brush, which is kinda cool. I had tried a few others, but that one worked a treat.

Good friend Joe Decker on Facebook is an extraordinary nature photographer and posted a fantastic sunset image he called his office. Again, I was inspired, and decided to have a go at making a sunset in Procreate.

This has several layers, which makes doing certain things a lot easier than with regular watercolours.

Here again, for the major cloud structures I used the oriental brush, and smudging.

The hills and foreground are done with a flat painting brush, with the opacity turned down a bit.

The lowest layer was a fill with a bluish-grey sampled from Joe’s image, then building up:

Another couple of attempts later, I got another version I like better. It’s quite different from Joe’s original image, but this one has a more ominous feeling to it as well, instead of the gentle California sunset, this one is full of storms.