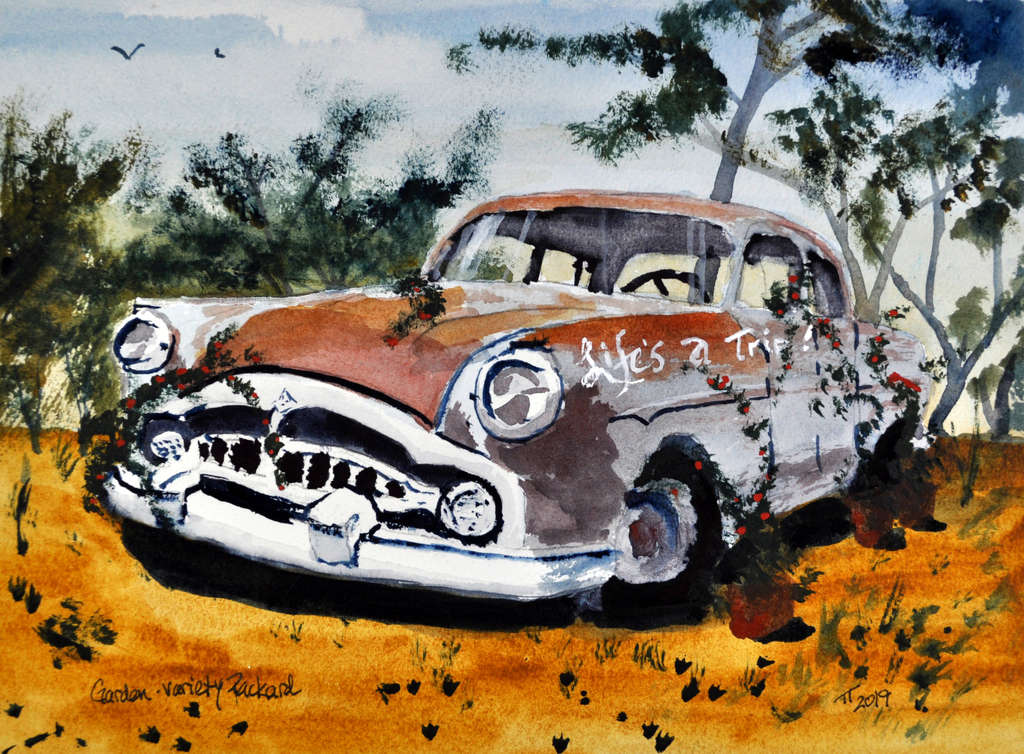 Started this one a couple weeks ago and finished it up today.

I used a very different palette for me:

I made a few swatches, mixing the paints in various ways to see how to make this go.

The teacher suggested darkening the background behind the hood of the car, to make it pop out some more. I think this is right. I slipped when painting it in, so the hood line changed a bit. After it dried, I went back and lined the edge of the top right fender with white gouache to give a clean edge again.

I also added the tag “Life’s a trip” in white gouache.

During the interval between classes, the paper had separated from the block, so I had to tape it down for today’s session, which necessitated a slightly smaller crop to get rid of the taped over parts of the paper. This would normally be covered by a mat anyway.

I rather like how this ended up. I don’t recall using a car as the complete subject before. The source for this was originally an image given by the teacher, and then I had to go look up some other ones, so it’s a bit of a composite (sorry, Packard purists!)